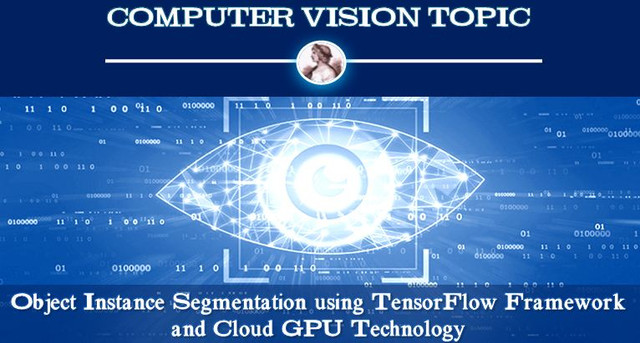 # What is Instance Segmentation?

On the one hand, the Semantic Segmentation (SS) task is one of the Computer Vision task which consists in assigning to each pixel a label among a set of semantic categories. 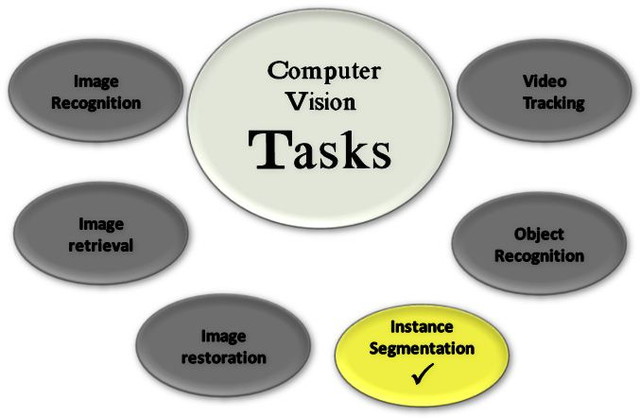 Ultimately, it is intended to predict a segmentation mask that indicates the category of each pixel. These pixels are classified starting from high-quality feature representations. On the other hand, Instance Segmentation (IS) is based on Semantic Segmentation techniques. It permits to recognize each object instance per pixel for each detected object. These labels are maintained by instance.

The common applications and use cases that take place using the Semantic / Instance Segmentation task are the following:

For more details, you can look at two use cases related to Semantic Segmentation challenge:

TensorFlow (opens new window) is an integral open source platform for Machine Learning. It has a scalable and exhaustive environment consisting of tools, libraries and community resources that provide researchers and developers the ability to easily develop and deploy applications based on ML technology. The main features of TensorFlow are illustrated in the Figure below:

Before starting this guide, it is essential to be familiar with the basics of Python programming, Computer Vision concepts, Deep Learning Libraries (TensorFlow + Keras Framework), and OpenCV library.

The content of this guide will be organized according to the following map:

# An overview of Mask R-CNN model for Instance Segmentation

Thanks to Mask R-CNN, we can automatically segment and construct pixel masks for each object in input image. We will apply Mask R-CNN to visual data such as images and videos. Mask R-CNN algorithm was presented by He et al[1]. In fact, It builds on previous object detection works, by R-CNN (2013)[2], Fast R-CNN (2015)[3] and Faster R-CNN (2015)[4] respectively. Mask R-CNN not only generates the bounding box for a detected object, but also generates a predictive mask.

Mask R-CNN model is based on Faster R-CNN architecture with 2 major contributions: 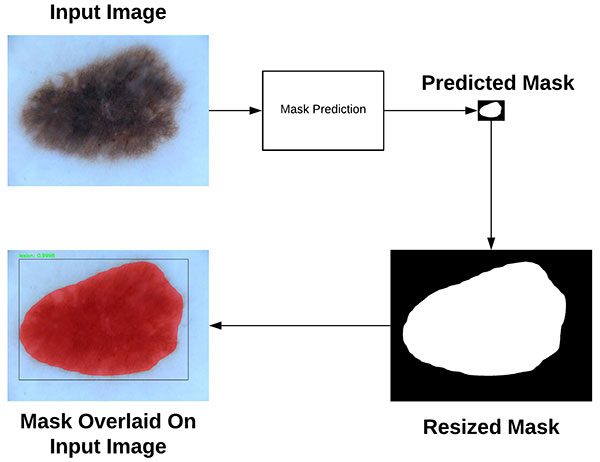 Google Colab has been developped to facilitate collaboration between Machine Learning professionals in a more transparent way.

Sign in to your Google Gmail account in the top right corner, if you haven't already done so. It will ask you to open it with Colab at the top of the screen. Then you will make a copy so that you can edit it. 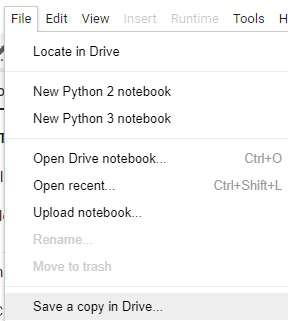 It is now possible to click on "Runtime" menu button to select the Python version and use GPU/CPU device to speed up the calculation. 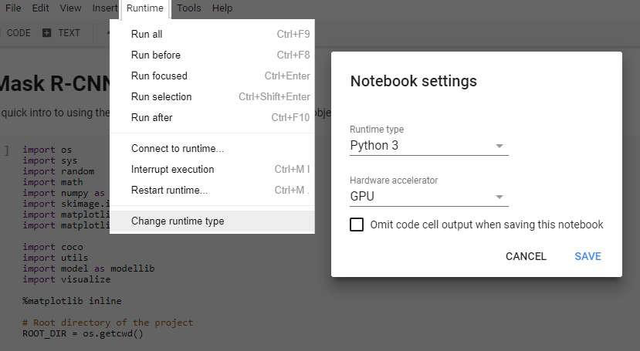 Now, everything is ready for the environment.

# Verification that TensorFlow is able to detect the GPU device:

Execute this psedo-code to confirm that TensorFlow can detect the GPU:

If you are interested in the type of GPU being used. It's a Nvidia Tesla K80 with 24G of memory. Quite powerful.

Run this code to find out for yourself.

This section provides an implementation of Mask R-CNN on Keras+TensorFlow Framework.

# 1. Installing dependencies and running the demo

Mask R-CNN has some dependencies to install before you can run the demo. Colab allows you to install Python packages via the pip command, and general Linux packaging/libraries via the apt-get command.

In case you haven't heard yet. Your current instance of Google Colab runs on an Ubuntu virtual machine. You can execute almost all the Linux commands that you usually do on a Linux machine. Mask R-CNN depends on pycocotools (opens new window) package, you can install it with the following commands:

It clones GitHub's repository. Install the compilation dependencies. Finally, compile and install the coco API library. All this happens in the cloud virtual machine quite quickly.

You are now ready to clone the Mask R-CNN directory of GitHub and access into this directory.

Note that you change directories with the Python script instead of executing a cd shell command since you execute Python in the current notebook.

Now you can run the demo of Mask R-CNN on Colab, as you would on a local machine.

Follow the below Python codes in order to familiarize yourself with the use of a pre-trained model for detecting and segmenting objects. All psedo-codes will be commented on.

We will use a model trained on the MS-COCO dataset (opens new window) (It is a large-scale object detection, segmentation, and captioning dataset). The model configurations are in CocoConfig class of coco.py file.

Make slight changes to the configurations depending on the task. To do this, subclassify the CocoConfig class and replace its attributes that you need to modify.

The model classifies objects and returns class IDs, which are integer values that identify each class. Some datasets assign integer values to their classes and others do not. For example, in the MS-COCO dataset, the "person" class is 1. IDs are often sequential, but not always. The COCO dataset, for example, has classes associated with class IDs of classes 70 and 72, but not 71.

To get the list of class names, you can load the dataset and then use the class_names property like this:

You have included the list of class names below. The name index of the class in the list represents its ID (first class is 0, second is 1, etc.)

# 6. Customization of images to be segmented

For example, the result of object detection and segmentation is shown below:

There are 3 steps to processing a video file.

In our previous demo, we asked the model to process only 1 image at a time, as configured in IMAGES_PER_GPU option.

If we are going to process all the video at once, it will take a long time. We will therefore use the GPU to operate several frames simultaneously. The Mask R-CNN pipeline is quite computationally intensive and requires a lot of GPU memory. In Colab, The Tesla K80 GPU with 24G of memory can safely process 3 images at a time. If you go any further, the notebook may crash in the middle of video processing. Thus, in the psedo-code below, we set the batch_size to 3 and use the cv2 library to take 3 images at a time before processing them with the model.

After running this psedo-code, you should now have all the processed image files in ./videos/save folder. The next step is easy, you have to generate the new video from these images. We will use VideoWriter () function from OpenCV (cv2) to do this.

But there are two things you want to be sure of:

1. Images must be indexed in the same way

2. The frame rate corresponds to the original video. You can use the following psedo-code to check it or simply open the file property.

Finally, you can use this psedo-code to generate video from the processed images.

Once this step is completed, the segmented video should now be ready to be downloaded into your local machine.